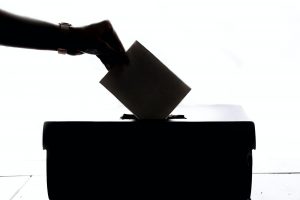 A new report by the Economist Intelligence Unit (EIU) bears a sombre headline: global democracy has had an awfully bad year in 2020. The index is based on five categories: electoral process and pluralism, the functioning of government, political participation, political culture, and civil liberties.

The average global score has fallen to its lowest point since the index was first produced in 2006. This is the case in every region, but the trendline is particularly strong in Africa and the Middle East.

Democratic decline is largely attributed to ‘government-imposed restrictions on individual freedoms and civil liberties that occurred across the globe in response to the coronavirus pandemic’.

It is important to note that this is not necessarily a result of lockdown measures themselves, bur rather the undemocratic manner in which they were introduced and later managed. Citizens across the developed world were under no illusion as to the severity of restrictions and their impact on individual liberty. Most, however, concluded ‘that preventing a catastrophic loss of life justified a temporary loss of freedom’. A bigger issue, perhaps, was the willingness of governments to crush dissent against restrictions. As the report notes:

‘The eagerness with which politicians and media in democracies, not to mention authoritarian states, sought to stifle debate and censor critics of lockdown policies was disturbing.’

This included, but was not limited to, calling for the banning of lockdown-sceptics on social media and the outlawing of public protest. Another problem was the lack of democratic accountability. Even though lockdown measures enjoyed (and continue to enjoy) broad public support in countries such as the United Kingdom, they were frequently introduced with little (or none) parliamentary and/or public scrutiny. In one of the more extreme cases of executive power-grabs, the Hungarian parliament was indefinitely suspended in the wake of the pandemic. While some countries were able to safely conduct elections (such as New Zealand and the United States), others had them cancelled or postponed (such as the UK).

Three East Asian countries (Japan, South Korea and Taiwan) have been upgraded to ‘full democracies’. Unlike a number of their contemporaries in Western Europe, these countries were able to retain high degrees of public confidence due to their relatively effective handling of the coronavirus.

In contrast, two Western European countries, France and Portugal, have been downgraded to ‘flawed democracies’. Meanwhile, democratic backsliding continued in Eastern Europe, a region already suffering from weak political culture and a lack of institutions able to effectively safeguard the rule of law. According to the report, this reveals ‘the fragility of democracy in times of crisis and the willingness of governments to sacrifice civil liberties and exercise unchecked authority in an emergency situation’.

However, democracy in Asia also suffered in 2020, driven largely by regression in India, Thailand and Myanmar and Hong Kong. Decline in the above is notable because it was largely unrelated to coronavirus. It goes to reason that, even as the pandemic subsides in the wake of a global vaccination effort, global democracy will likely emerge worse off as a result.