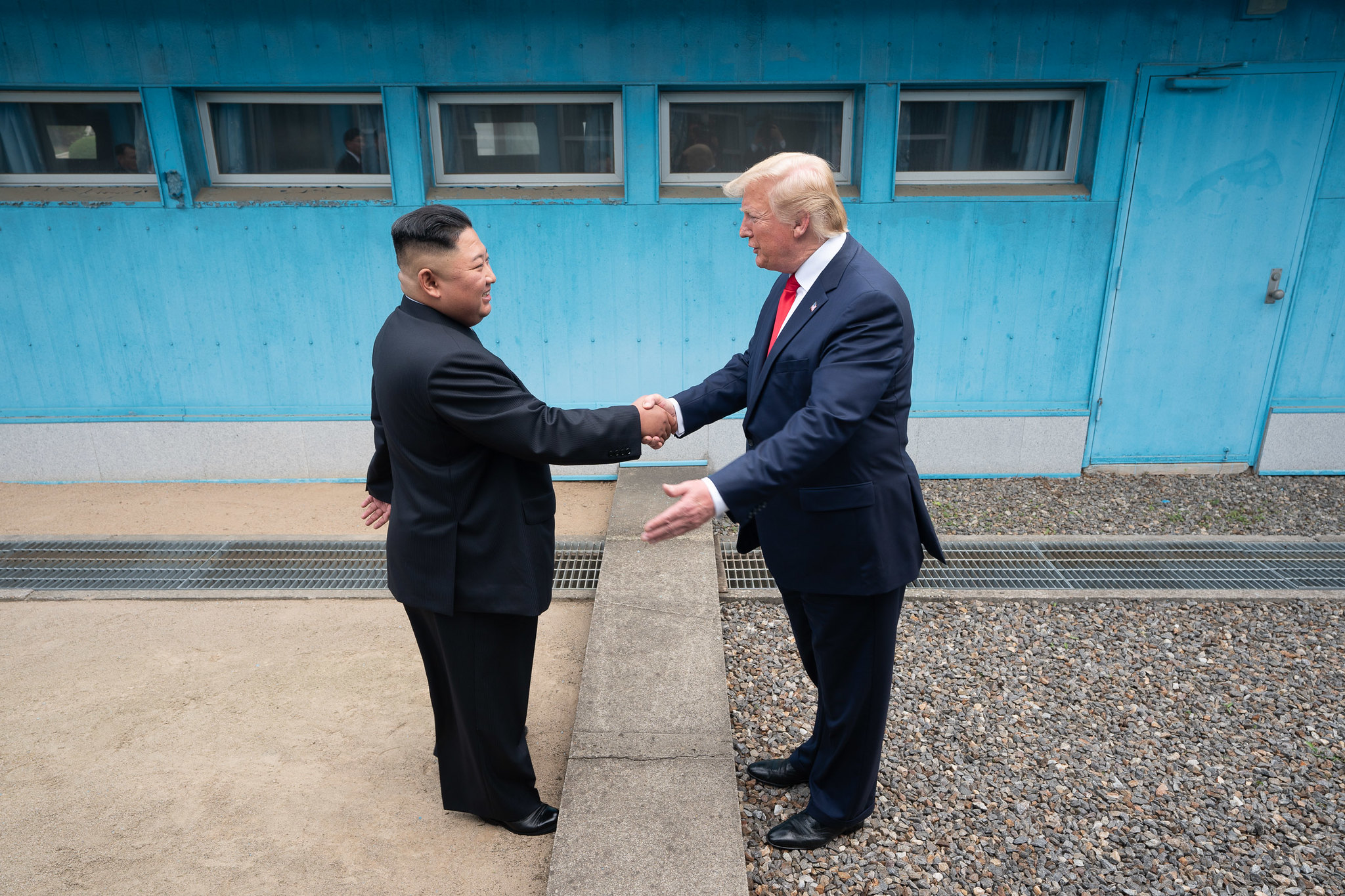 “When Donald Trump first strides into the Oval Office as president, his perfect day is likely to be ruined by a file marked “North Korea.” Trump’s (first? only?) term in office may include either a messy confrontation with an unpredictable, highly combustible regime, or a rogue nation gaining the power to destroy large portions of Los Angeles with nuclear weapons.” – Chicago Tribune, 2nd December 2016.

Few expected Donald Trump, a man scarcely known for shrewd and careful diplomacy, to become the most dovish US president to date on North Korea (or DPRK). As he prepares to leave the White House, his presence will be missed by Kim Jong Un, the leader of the so-called ‘Hermit Kingdom’.

Initially, Trump appeared every bit the hawk, as relations with the isolated, nuclear armed state got off to a shaky start. After North Korea tested an intercontinental ballistic missile in the summer of 2017, the president threatened “fire and fury”. By January the following year, tensions remained high, as Trump boasted that his nuclear button was “bigger and more powerful”. Some observers feared the worst, that the actions of an inexperienced and hot-headed US president would bring about a disastrous war on the Korean peninsula.

Little did they know that, only a few months later, the leaders of both countries would meet for a historic summit in Singapore, which the US hoped could bring about meaningful steps towards denuclearization. Nothing of the sort would happen. Instead, negotiations with the DPRK continued to resemble as sort of diplomatic ‘Groundhog Day’. Over thirty years, four US presidents called Clinton, Bush, Obama and Trump attempted to persuade three dictators called Kim to give up their nukes. Each attempt ended with a North Korea ever closer to true nuclear capability.

In Singapore, the North Koreans committed only to working “towards” complete denuclearisation on the peninsula. There was no mention of a concrete timeframe and no permittance of international observers. To that effect, Trump achieved substantially less than even Clinton, who conducted his own agreement with the DPRK back in 1994. For both sides, the summit made for good PR but little else.
If Singapore ended with a dud, Trump’s second meeting with the North Korean leader was a complete disaster. Taking place in Hanoi, Vietnam, in February of 2019, the talks fell through after Kim refused to shut down his nuclear program in exchange for the lifting of American sanctions. The two met for one final time that summer, at the demilitarized zone which separates the two Koreas. Trump became the first US president to (briefly) set foot in the DPRK, while Kim agreed to restart negotiations. Nothing came of it, except another round of good PR. Until the very end of his presidency, Trump would continue to boast of his “very good relationship” with the dictator in Pyongyang.

While the United States failed yet again at persuading North Korea to denuclearize, the latter achieved significant concessions. Following the Hanoi summit, the US agreed to end its military exercises with South Korea, a long-term grievance for Pyongyang. Moreover, Kim achieved a major diplomatic victory in forcing the United States to treat his small, impoverished dictatorship as an equal partner on the world stage.

With Donald Trump now on his way out, how will President-Elect Joe Biden deal with North Korea? It is possible that his foreign policy will closely mirror that of Barrack Obama, the man he once served as vice president.
As far as the Obama White House had a policy on North Korea, it was to pretend that the country did not exist. When Pyongyang conducted yet another nuclear test or engaged in some other provocation (such as when it shelled a South Korean island), America would respond with harsh words and occasionally another round of sanctions. There was no outreach and certainly no summits.
Such an approach relied on two assumptions commonly accepted by Korea experts. The first is that North Korea is highly unlikely to commit to full nuclear disarmament, and even less likely to follow through on it. For a country with a GDP comparable to that of Belfast, Northern Ireland, nuclear weapons are what forced the world to pay attention. In terms of economic prowess, the DPRK ranks among the likes of Jamaica and Burkina Faso. Safe to say, diplomats from Burkina Faso rarely attend summits with the US president, hosted at the most elite hotels.

Furthermore, the North Koreans have seen what happens to those who willingly surrender WMDs. Indeed, the fate of Libya’s Gaddafi, mutilated by US-backed rebels less than ten years after agreeing to disarm, has become a particular sticking point for the DPRK regime.

The second assumption is that North Korea would never risk a full-blown war. While its regime wants to be seen as irrational and unpredictable, it is both highly rational and consistently predictable. It is also far from suicidal. It knows that a second Korean war can only end one way, with American and South Korean tanks north of the 38th parallel, and with the men who rule Pyongyang either exiled, imprisoned or hanging from a streetlight.

Therefore, faced with a pandemic and no shortage of foreign policy issues to contend with, Joe Biden might conclude that North Korea simply is not worth his time.